A Beginner’s Guide to Broadway Musicals

There was a timeless than a century ago when going to the theater was as common an occurrence as seeing a movie is for us now.

In the early days of Broadway, tickets were priced very affordably so even the most middle class of families could afford to attend relatively often. As time went on, while other forms of entertainment overthrew live theater in terms of popularity, the prices to see a show on Broadway began to skyrocket. This trend, in turn, further limited the average American family’s ability to attend the theater regularly.

What to Expect the First Time You See a Broadway Musical?

These days, there are millions of New Yorkers who have never been to a Broadway show and many more millions of people from around the country for whom the first trip to NYC is also their first opportunity to see a piece of live theater. You shouldn’t be embarrassed, therefore, if you don’t really know what to expect when heading to the theater for the first time to see your first Broadway play or musical. Here is a brief overview of what you have in store.

Plan to Arrive at the Theater

Plan to arrive at the theater at least a half-hour before the show is set to begin. If you arrive earlier than that, you will usually see a line of other ticketholders snaking down the sidewalk from the entrance to the theater. No one is even let into the lobby until the house opens at a half-hour to curtain (the “house” is the theater term for the section of the theater where the audience sits, and “curtain” is another term for the time when the curtain rises and the show begins). While you may be inclined to stand in the line waiting to get in, know that your seats are pre-assigned and you gain no actual advantage from waiting in the line besides getting inside a minute or two earlier than those who wait until the line has cleared.

Once the house opens, the lobby doors will be opened and you will pass by some ushers who will scan your tickets and check your bags. You are then free either to take your seat, mill about the lobby, or use the facilities. It’s a good idea to find your seats with at least 10 minutes to spare until the curtain. Most Broadway theaters have two or three main seating sections. 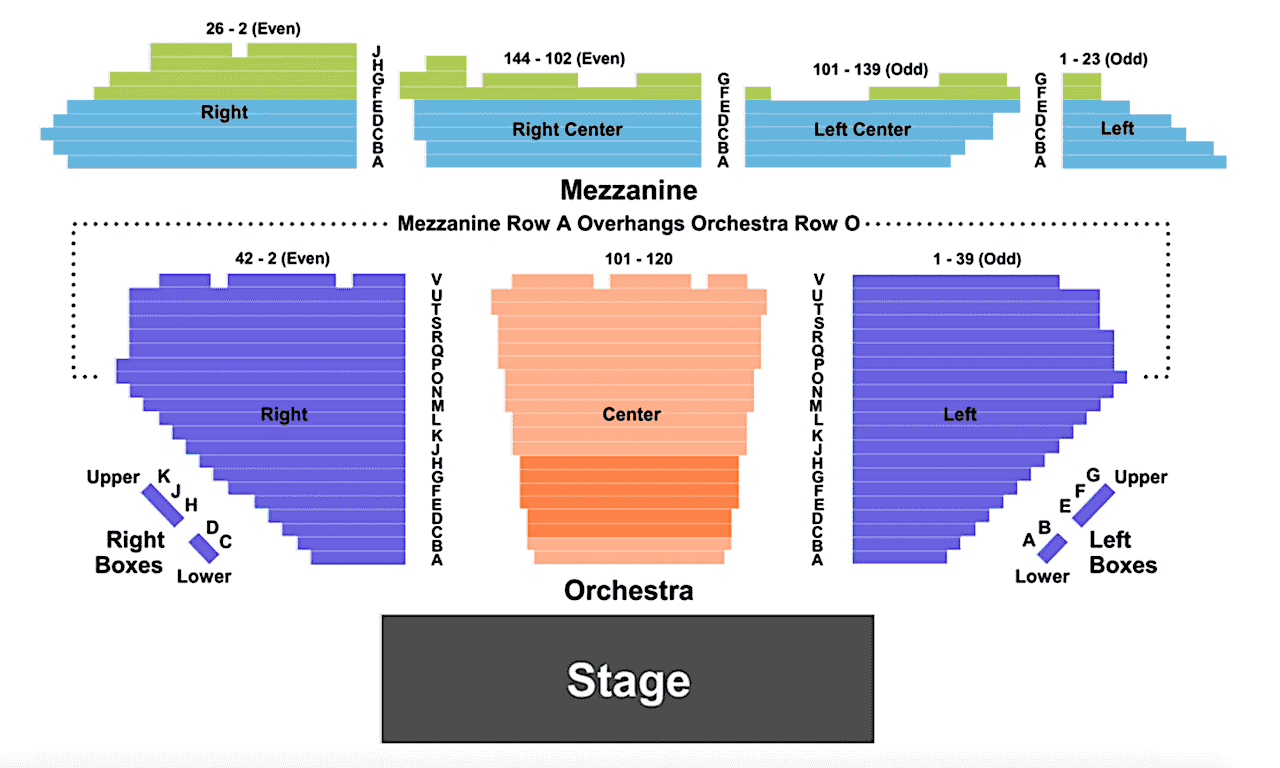 The “orchestra” section is the first level of seats.

The “mezzanine” is the section up one level, which usually overhangs the back rows of the orchestra sections. If there are only two levels, the mezzanine level is usually divided into “front mezzanine” and “back mezzanine.”

And if there is a third separate level, it is usually called the “balcony.”

Many theaters also feature “boxes,” which are separate seating areas that adorn the sides of the auditorium and usually have six to eight seats per box.

You will have already chosen seats when you purchased your tickets, but knowing which section you are in will help you understand where to go once you are in the theater. Once you have taken your seat, you will want to get comfortable as you wait for the performance to begin. Flip through the Playbill (not a dirty magazine, but rather the program distributed to each audience member with biographies of the cast, descriptions of the show’s setting, and interesting articles about the Broadway goings-on). Don’t be surprised if the show doesn’t start exactly at the time printed on your ticket. Most Broadway musicals have an understanding that an 8:00 pm performance actually begins at, say, 8:08 pm to allow for latecomers. Don’t bank on this and plan on arriving late, however, as you may find that your show is an exception. When it is time for the performance to begin, the house lights (the lights that illuminate the audience) will dim in preparation for the show to start.

Most Broadway musicals have an understanding that an 8:00 pm performance actually begins at, say, 8:08 pm to allow for latecomers. Don’t bank on this and plan on arriving late, however, as you may find that your show is an exception. When it is time for the performance to begin, the house lights (the lights that illuminate the audience) will dim in preparation for the show to start.

If you are seeing a musical, the conductor of the orchestra will usually take his place and begin the overture. The overture is a purely orchestral piece of music that precedes the start of the actual show. It will usually feature previews of several of the songs you will hear throughout the night to get the audience in the right mood for the show.
At the end of the overture, the curtain will rise and the play will begin.

To be a good audience member, there are some rules of thumb to remember:

At a certain point in time, the curtain will fall and the house lights will come back up. If the show only seems like it should be half-over, that’s probably because it is.

Most Broadway musicals feature an intermission at around the halfway point to give the audience and performers a short break. Get up, stretch your legs, and go to the bathroom if necessary. Most theaters also feature a bar where you can get a drink. Just be sure to find your seat again before intermission is over (usually 15 minutes).

When the second act begins, you will likely have the same experience as at the beginning of the show. In a musical, act two often begins with another piece of purely instrumental music, which is called the entr’acte. After this has concluded, the curtain will rise again and you will be able to enjoy the second half of the show.

As you are exiting the theater, you may decide that you were so impressed with one (or more) of the performers that you would like to meet them and get an autograph. As you exit, inquire with one of the ushers as to where you can find the stage door. This is the door that the cast will exit from on their 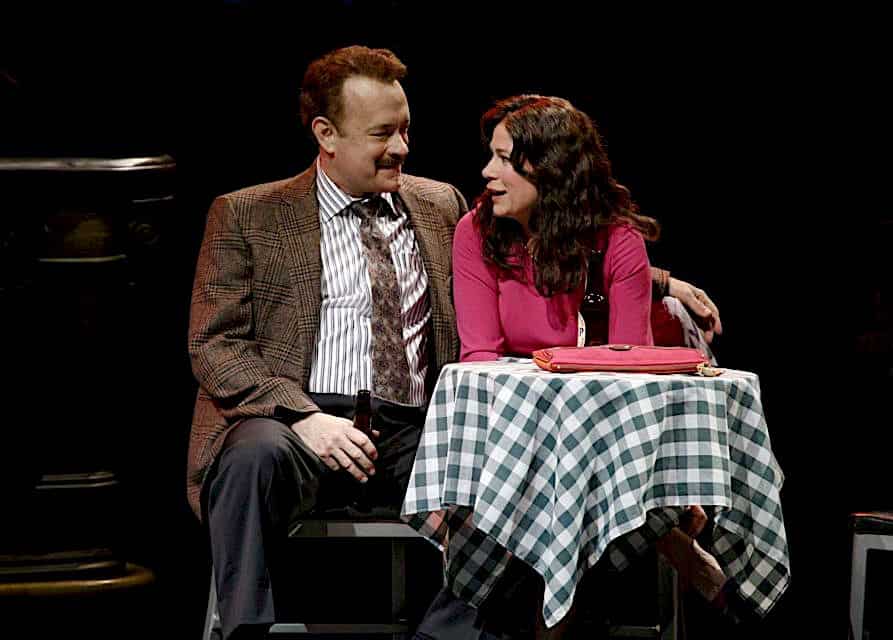 BroadwayMusicals.us able to bring you the latest Broadway news, behind-the-scenes stories, backstage videos, and expert tips to help you find your next show. From navigating ticketing to your in-theatre experience to keeping you connected to Broadway after the curtain comes down, we’re here with one mission: to make your Broadway experience the best it can be.