Chicago is one of the most legendary musicals in the world. The Tony-winning revival of Kander and Ebb’s musical will razzle-dazzle you. Use our interactive seating charts to craft your perfect experience! 100% Guaranteed Tickets For All Upcoming musicals at the Lowest Price. Don’t miss a chance to see a popular Broadway musical.

The Tony-winning revival of Kander and Ebb’s musical will razzle-dazzle you. The original Broadway production opened in 1975 at the 46th Street Theatre and was choreographed by Bob Fosse.

To this day, the musical retains his idiosyncratic dance style that included rolled shoulders, turned-in knees, and – of course! – jazz hands. Fosse co-wrote the book alongside Fred Ebb, who also wrote the lyrics, while John Kander wrote the music.

These days there are productions of Chicago in constant performance across the world, but on Broadway, it is currently being performed at the Ambassador Theatre in midtown Manhattan.

The current production was revived in 1996 to reviews that were much more favorable than the ones that the original production received: it is thought that after the OJ Simpson murder trial, audiences were eager to watch a show about the concept of a criminal as a celebrity.

The revival won six Tony awards, including best revival of a musical, and holds the record for the longest-running musical revival on Broadway. The original production was described as ‘cynical and subversive’, but it’s more likely that it was simply way ahead of its time. 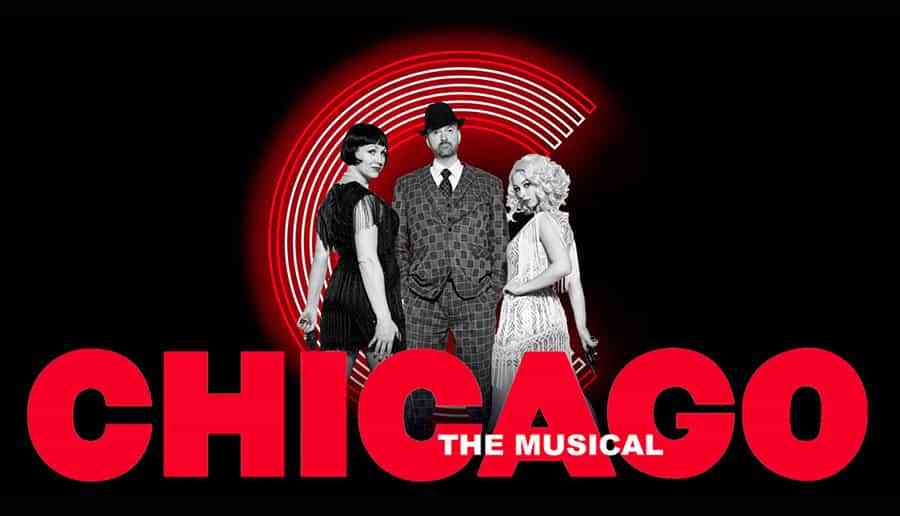 Chicago is based on a 1926 play of the same name by Maurine Dallas Watkins, who was a reporter and wrote about crimes she had covered for the Chicago Tribune. It follows the story of Roxie Hart, who murders her lover when he attempts to break off their affair, and vaudevillian star Velma Kelly who was involved in the deaths of her husband and sister. When Roxie and Velma end up in the Cook County Jail together and are represented by the same lawyer, they take a turn into showbusiness as Roxie’s trial turns into a media circus. It’s a show that reveals the darker side of showbiz glitz and glamour through its impeccable music, choreography, and deliciously twisted plot.

The Broadway revival of Chicago has been playing at the Ambassador Theatre, on West 49th Street between Broadway and 8th Avenue, since 2003. The theatre was designed by Herbert J Krapp for The Shubert Organization and opened in February 1921. After 1935 the theatre was used as a cinema until it was returned to use as a theatre in 1956. The theatre has a large proscenium arch, meaning that the stage is particularly large and suitable for huge productions. With its large dance productions and epic choreography, Chicago always wows its audiences as it moves seamlessly between jail and stage, using both darkness and bright lights to underline its themes.

The first act of Chicago opens with a bang when chorus girl Roxie Hart shoots her lover dead when he tries to break off their affair. After unsuccessfully trying to persuade her husband to take the blame, Roxie is taken to the Cook County Jail, where she meets other women accused of killing their lovers, including stage star Velma Kelly. The two women share a rivalry and a lawyer, Billy Flynn, who whisks Roxy’s trial into a media frenzy when he realizes she can’t afford his lawyer’s fees. As Velma’s star wanes, she tries to persuade Roxie to collaborate with her – but through the second act of the show, life only gets more complicated for the pair.

Ann Reinking created the choreography for the revival of the show inspired by the work of Bob Fosse in the original production, in which she starred as Roxie Hart, and the stylized dance performances are surely the number one highlight of Chicago. The roles of Roxie Hart and Velma Kelly are in fierce demand among celebrities and stage actresses, which means that audiences will see both star power and real dance skills on stage. Songs such as Cell Block Tango, We Both Reached For The Gun, Roxie, Funny Honey, and Razzle Dazzle have made it into the canon of the best musical theatre songs of all time.