To Kill a Mockingbird Tickets

To Kill a Mockingbird Broadway Musical. To Kill A Mockingbird by Harper Lee is one of the most beloved and famous novels in the world. Use our interactive seating charts to craft your perfect experience! 100% Guaranteed Tickets For All Upcoming Events at the Lowest Price. Don’t miss a chance to see a popular Broadway musical.

To Kill a Mockingbird Musical

To Kill A Mockingbird by Harper Lee is one of the most beloved and famous novels in the world.

Published in 1960, it won the Pulitzer Prize and has since become a modern classic, studied in schools, and seen as a coming of age novel that every young person should read.

Although the novel contains themes of rape and racial inequality, it’s told through the voice of a child, meaning that it also contains gentle humor and a great deal of warmth. Although there have been some challenges from Harper Lee’s estate, the world premiere of Aaron Sorkin’s adaptation of To Kill A Mockingbird is set to take place on November 1st on Broadway. Sorkin is best known for writing TV shows such as The West Wing and Sports Night along with films A Few Good Men, Moneyball, and The Social Network, for which he won an Academy Award for Best Adapted Screenplay. His stage works include A Few Good Men and The Farnsworth Invention.

Sorkin, who described To Kill A Mocking Bird as ‘one of the most revered pieces of 20th century American literature to the New York Times, is working alongside Tony award-winning director Bartlett Sher, best known for his triumphant 2008 revival of South Pacific.

The message of acceptance and justice in To Kill A Mockingbird is particularly resonant in our politically troubling times. The novel, which is set in Alabama, follows the story of lawyer Atticus Finch, who is appointed to defend Tom Robinson, a black man who is falsely accused of raping a white woman.

The story is told from the point of view of Atticus’s daughter Scout, and also deals with the themes of children losing their innocence and coming of age, class, racial injustice in Southern life, gender roles, and the importance of courage, kindness, and compassion towards other people. It’s a fiercely topical tale that will resonate with everyone who goes to see the play. Harper Lee’s incredible narration combined with Aaron Sorkin’s ear for dialogue and Bartlett Sher’s impeccable directing skills means that this play will be powerful and beautiful for all audience members. 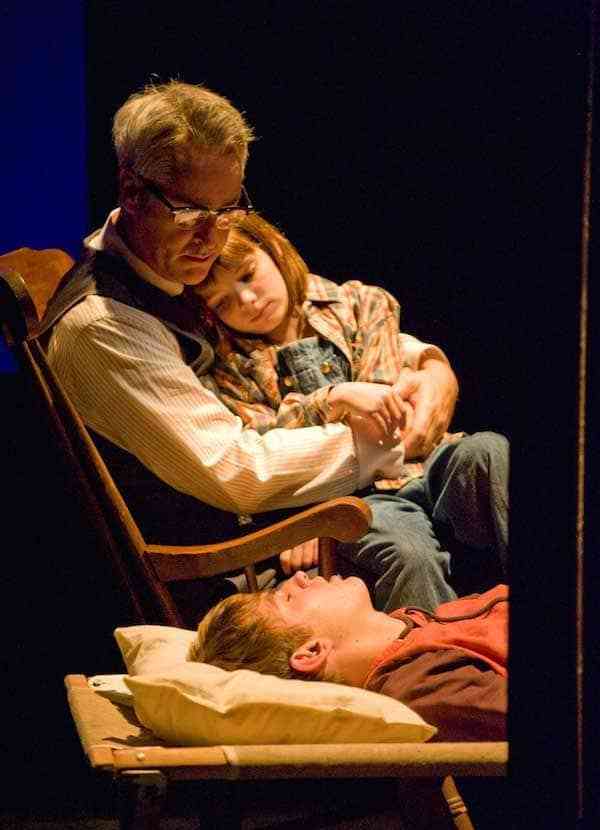